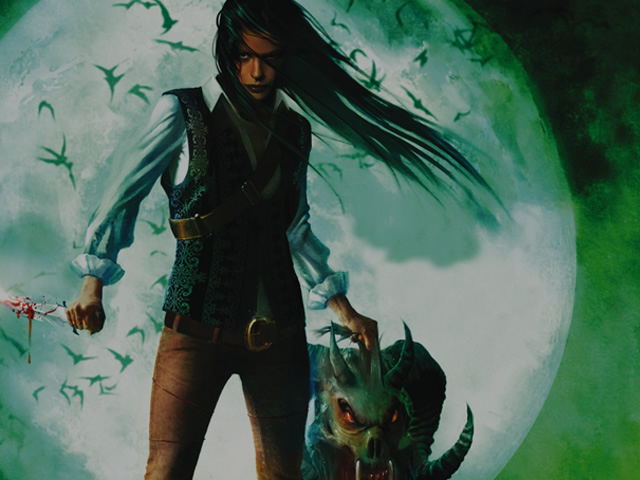 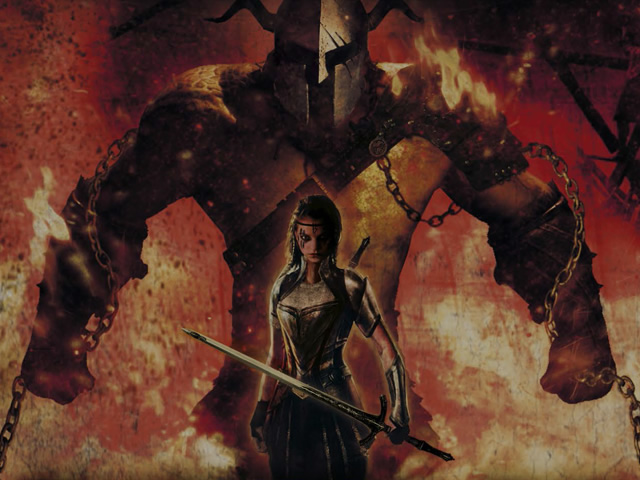 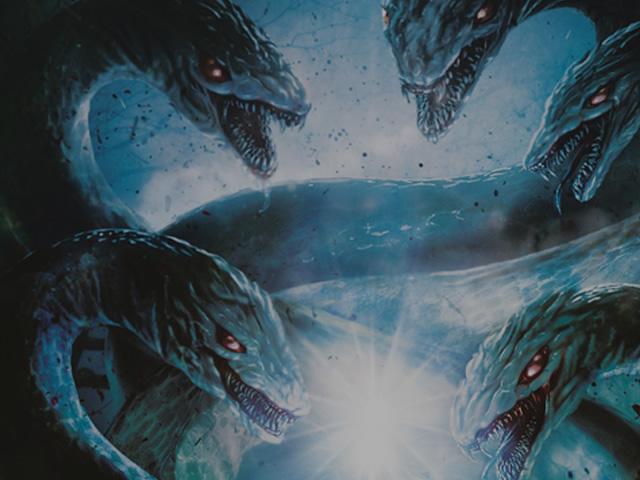 With much sadness, the family of master storyteller, Joseph Delaney, confirm that he passed away aged 77 on 16th August after an illness, which, in his indomitable style, he kept to himself and his family so he could carry on with writing as much as he possibly could.

He leaves behind his second wife (his first wife Marie died in 2007), two sons and a daughter, and his grandchildren.

Joe worked as an apprentice engineer and fitter before getting his A-Levels at night school and then becoming an English teacher. He would write in the early mornings before school until his first children’s book, The Spook’s Apprentice about Tom Ward the seventh son of a seventh son who trained to fight ghosts and creatures from the Dark, was published by Random House Children’s Books in 2004. He then left teaching and went on to write 12 more titles in his globally bestselling dark fantasy series, The Wardstone Chronicles, plus 17 other titles, predominantly set in the same world. The books have now been translated into thirty languages and won many awards including the Lancashire Book Award. In 2014, The Spook’s Apprentice was made into a movie called The Seventh Son starring Ben Barnes, Julianne Moore and Jeff Bridges. Joe got to go to Canada to watch the filming, which he absolutely loved.

He travelled widely to promote his books, spending lots of the winter in New Zealand and Singapore, as he hated the cold, but most of his time was spent in his home county Lancashire – a place embedded in all of his writing.

Joe was writing right up until the end of his life and was about to embark on the next round of edits for the fourth in his Brother Wulf sequence.

His books have now sold more than 4.5 million copies around the world.

Dad loved writing and lived his dream over the last eighteen years as an author published by Random House and Penguin. His imagination was boundless, and he could have kept creating new and exciting stories for years to come. He enjoyed meeting fans throughout the world and hearing their thoughts on his books. We are very proud of what he achieved.  There is a great deal of Dad in his writing, and we see that in every page. When we were young children, Dad would tell us very scary stories that should not have been told after dark! We are so fortunate to have those memories.
He was a wonderful dad and a deeply caring man with an infectious sense of humour, especially after a glass of red wine.
We hope that his books will inspire children and adults to create stories and live dreams of their own. That would have made him happy.
We would like to thank Penguin Random House as well as all the wonderful people who helped him on his adventure and especially everyone who has read his books.

“The Spook’s Apprentice was first published just before I joined Random House Children’s Books (now Penguin Random House Children’s) and so Joe and his totally unique blend of fantasy-horror have been a part of my entire working life. I was so proud to have been his editor for many years. It was frustrating at times – we would meet for a beer in Manchester and in response to my questions he would simply smile and remind me every time that he followed ‘The Bram Stoker’ method of writing (meaning nothing was ever planned or plotted in advance!) so I would have to wait for answers – but it was also of course completely magical as the creatures and characters from his worlds would slowly come into focus, journeying into brilliantly terrifying adventures. I hope he’s with the ghosts of his beloved Lancashire now and that there’s some delicious red wine on tap. We are so very proud to publish him.”

The website will continue to be maintained and updated with all information relating to Joseph’s books.

All relevant information about the books is here. There are  currently  four  published series;  Brother Wulf, Spooks Apprentice, Arena 13 and Aberrations.  The latest in the Brother Wulf series, The Last Spook  is out now.   The fourth book in the series, Wulf’s War, which was the last book Joe wrote, will be published in August 2023 on the anniversary of his death.

You will find everything you need to know about Joseph  and his  books here, and if you want to know more just ask  a question.

You can purchase any of the books online.

"I think my hero, Tom Ward, is an excellent role model for today’s youth! He struggles against almost overwhelming evil yet manages to survive. In this life, everyone has to compromise to some extent. Despite his flaws, Tom is basically a brave young lad still retaining the morals and good manners taught to him by his parents."

"The blood froze in Crafty’s veins; he began to shiver violently and tears came to his eyes. How had the Shole changed his poor mother? And why was he no longer safe talking to her? Bertha seemed able to talk to him without putting him in danger what was so wrong with his mother that she couldn’t?"

"The sweet scent of women's perfume floated upon the still air, mixing with the smell of ancient wood and leather. And there was something else now. An underlying smell of sweat, yes, but something metallic and sour too, With a start, I realized that it was the stench of blood."

Delve into the books of Joseph Delaney 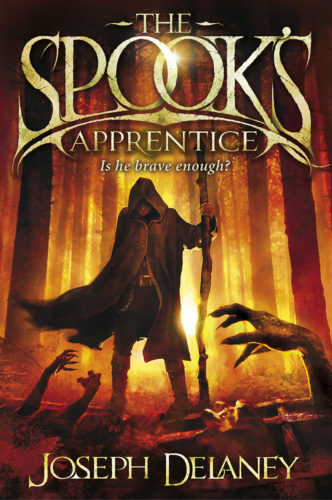 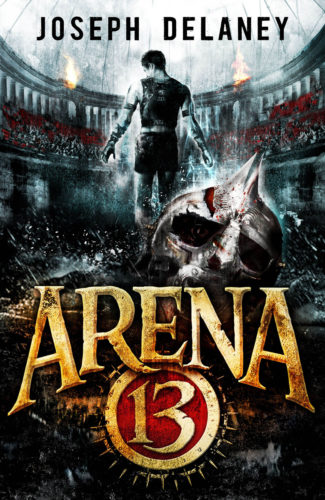 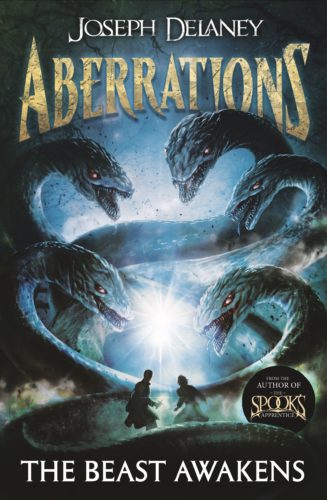 “I don’t get writers block so much these days but when i do, i will go for a walk or sometimes i use spider diagrams. Each leg represents a possible plot direction so i use the best leg i can find!”

"As a child, my parents sent me to the Harris Library in Preston every Saturday morning. I borrowed two books which I’d read before the next visit. That resulted in a love of books which eventually led to me becoming a writer. My parents could not have afforded to buy me those books. How terrible if there had been no library! That may well be the case for some children and adults today. Libraries must be kept open."

“I had to come up with an idea at short notice and I checked back through my notebooks. This was the Year 2000 and I had to go back all the way to 1983 where I found I’d jotted down a story idea about a man who dealt with boggarts. I developed this into ‘The Spook’s Apprentice’, the first book in the Spook's series. From then on I drew upon the folklore of Lancashire which I tweaked and modified to create my fictional world.”

My granddaughter Lee-Mei drew this for me. I love it. 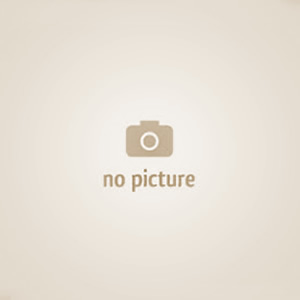 I looked through the window again and was astonished at just how many people had assembled on the green. There […]

Blog October 2021 I am busy at the moment. Whilst waiting to begin the editing process for Wulf Three, I […]

Conversation with Mike and Matt Pull Focus about Seventh Son/Dracula

You can follow us on the following social media channels:

If you want to be a writer, keep a notebook. You need to jot down every idea for a story that comes into your head. Don’t think to censor your ideas either! The idea is new and you are too close to it to judge its value. Ten years later it may strike you in a totally different way. I estimate that out of every thirty ideas I jotted down into my notebooks, twenty-nine proved to be worthless. The thirtieth had the potential to be developed into a novel or short story. The bad news was that quite often I found out that somebody had written something similar already!